“I have a saying: There are no brave old people in finance. Because if you’re brave, you mostly get destroyed in your 30s and 40s. If you make it to your 50s and 60s and you’re still prospering, you have a very good sense of how to avoid problems and when to be conservative or aggressive with your investments.” Stephen A. Schwarzman

2022 has much in store risk wise for the US billionaire

Putin has invaded the Ukraine and the world looks on in absolute shock and horror [2022 human futurology predictions]. Are we on the brink of World War 3? On February 24th 2022, Simon Shuster wrote: “When Vladimir Putindeclared war early Thursday morning, he did not set Ukraine as his ultimate target. The Russian leader focused instead on the U.S. and its allies, placing them at the centre of a speech that set the night’s invasion in motion. It was the West, he said, that created the “fundamental threats” to Russia that prompted him to attack Ukraine, and it is the West, he said, that Russia would seek to humble in the ensuing war. “All of the so-called Western bloc, which the U.S. formed in its image and likeness, all of it in its entirety, is what’s known as the empire of lies,” Putin said. After the fall of the Soviet Union, he added, the U.S. and its allies “tried to crush us, beat us down and finish us off… We remember that and will never forget it.” This Blackstone CEO Steve Schwarzman personal attainment futurology study reveals 2022 has much in store risk wise for the US billionaire. Question is, is he aware of this and properly prepared for this? Had he had his Intelligent Mathematical Blueprint mapped, he would know this!

“Today, whenever I’m under pressure to make a decision on a transaction but I don’t know what the right one is, I try desperately to postpone it. I’ll insist on more information – on doing extra laps around the intellectual parking lot – before committing. I take the same approach with people, too.” Stephen A. Schwarzman

Dawn Lim [Bloomberg] writes on February 26th 2022, that: “Blackstone Inc. Chief Executive Officer Steve Schwarzman took home $1.1 billion in dividends and compensation in 2021, in what amounts to one of Wall Street’s biggest annual payouts on record. It was the first time that Schwarzman, 75, collected more than $1 billion in a year. He generated $941.6 million through dividends from his 19% stake in New York-based Blackstone, according to a regulatory filing Friday. He also earned $160.3 million from compensation, which is mostly profit tied to funds on top of a $350,000 salary. The haul is a reminder of how Schwarzman’s grip atop the private equity giant he co-founded more than three decades ago provides him with both influence across global markets and a personal fortune that ranks 33rd in the world, according to the Bloomberg Billionaires Index. It’s also a reflection of a years-long shift in finance, with Blackstone and other alternative asset managers surging past Wall Street banks in clout. Goldman Sachs Group Inc. CEO David Solomon and Morgan Stanley’s James Gorman were each awarded about $35 million for their work last year, not including any dividends.

“What I’ve found in being around political people is they’re willing to negotiate their ideology somewhere around 5 percent. They believe that’s really stepping out. And it’s really hard to do business when you only move 5 percent from your ideology.” Stephen A. Schwarzman 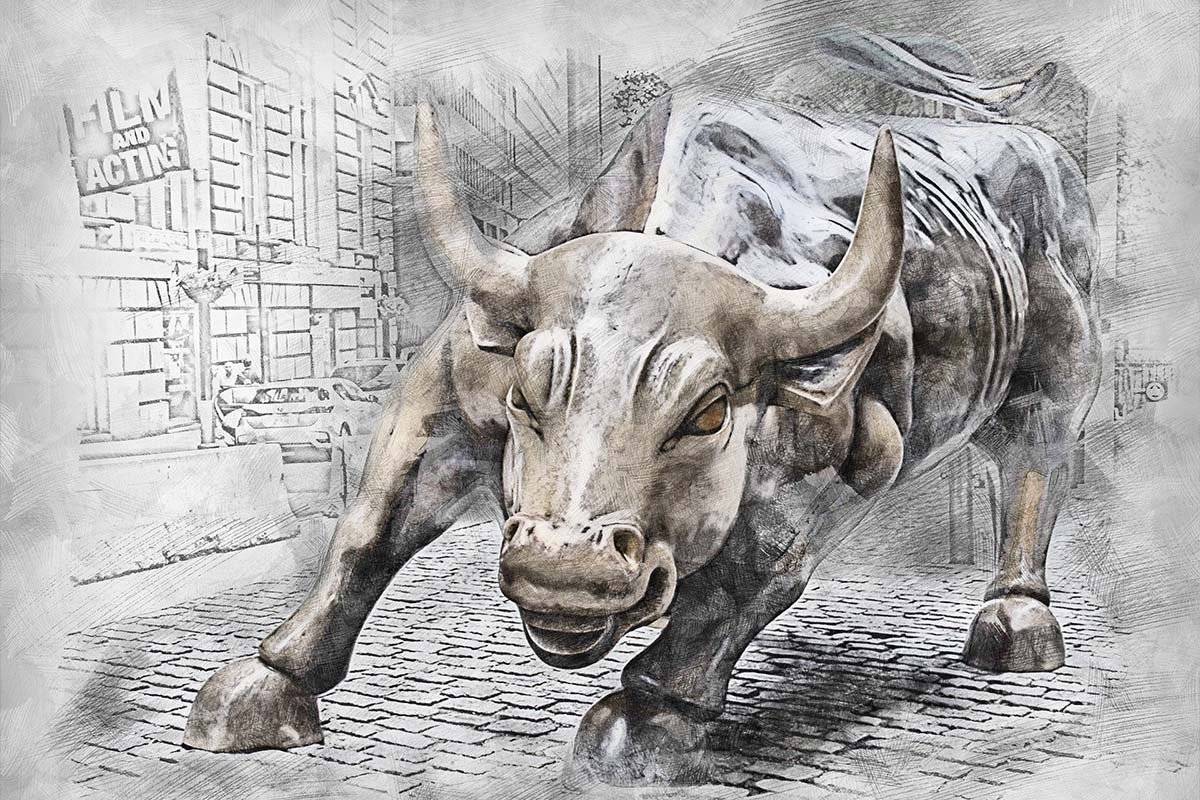 Blackstone’s boom year made it the envy of Wall Street

Blackstone’s boom year made it the envy of Wall Street. In the last quarter of 2021, Blackstone’s fundraising machine gained a record amount of new money from pensions, endowments, and other investors to put to work in new deals, bringing it closer to $1 trillion in assets under management. Blackstone cashed out of a record $77 billion of investments as its corporate private equity and opportunistic real estate holdings rose more than 40%. The influx of cash boosted earnings. Blackstone’s annual dividend per share surged to $4.06 in 2021, from $2.26 in the previous year.

The data presented below for this Blackstone CEO Steve Schwarzman personal attainment futurology study, reveals 2022 has much in store risk wise for the US billionaire. How do we know this? Because we have analysed, mapped, and modelled the intelligent mathematical blueprint of Stephen Allen Schwarzman (call name, Steve Schwarzman) and what his number reveal especially for 2022, is high risk. If we were to extrapolate this further, do his high personal physical risk numbers (and that’s as high as human futurology risk gets!) maybe this reveal the true nature of the global chaos awaiting all of us during 2022? Rest assured, 2022 will be a year filled with emotional outpourings. Why? Because 2022 has 3x2s, and the number 2 vibration or energy is primarily an emotional one.

Stephen Allen Schwarzman, born on the 14th of February 1947 has ONLY one karmic lesson, pertaining to the number 6, which is themed around relationships, responsibility, loyalty, community, matters of the heart etc. Having only one karmic lesson means his subconscious self is the number 8 (9-1=8), which is themed around money, finance, wealth, business, abundance (the No8 turned sideways!), all matters material, leading and organising others and karma, as in trying to find the balance between the material world and the spiritual world.

As this Steve Schwarzman personal attainment futurology study is revealing bespoke personal data around his 2022, it is important to bring to your attention that 2022 (2022=2+0+2+2=6; 2022//6) is a number 6 universal year. As such, 2022’s No6 powerfully synchronises with Schwarzman’s ONLY karmic lesson (No 6) which implies that this year has significant karmic (karma = outcomes/results) connotations for him. His first name, Stephen, which is his physical vibration, totals 33, which is the rarest of the master numbers, 33 being The Master Teacher with the number 3 (creativity, communication, imagination etc.) doubled up through the number 6 (relationships, responsibility, community, loyalty, grace, gratitude etc.). 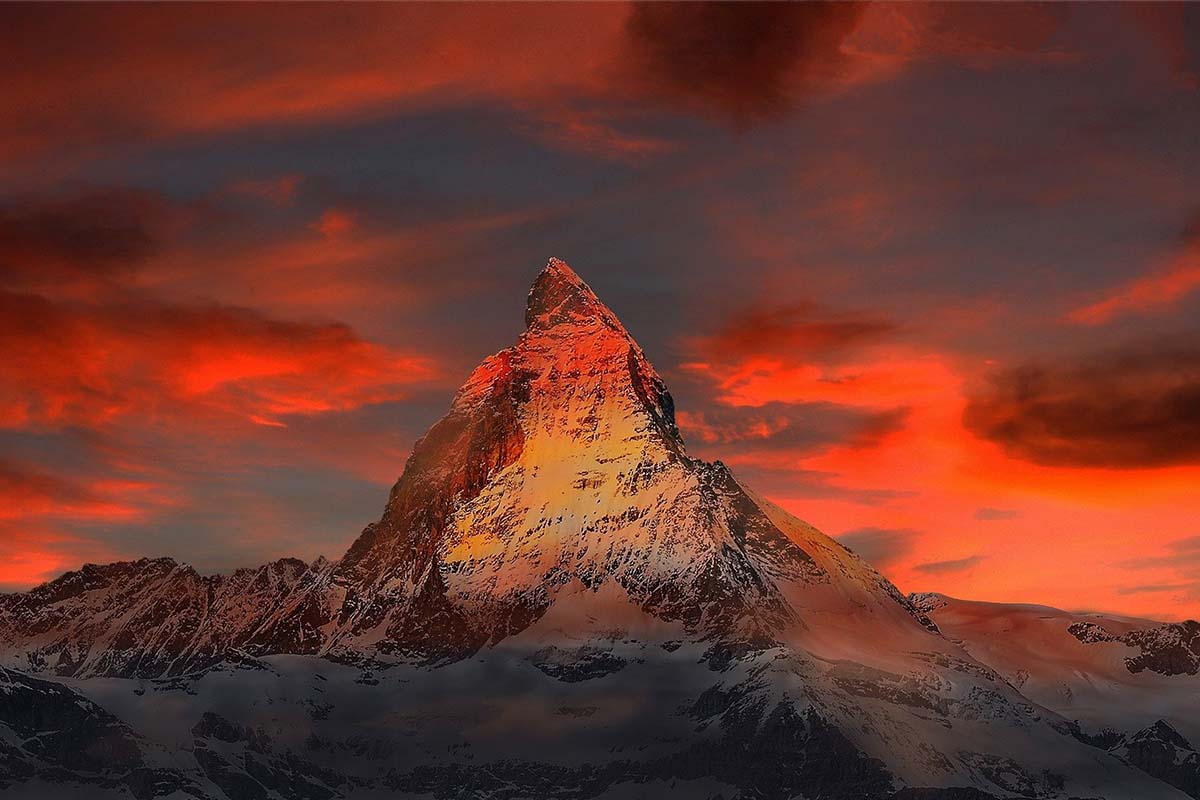 Steve Schwarzman was born on the 14th of February which makes his Sun Number, or personal attainment number, karmic 16, because 14+2 = 16; and 16 is one of the four karmic numbers, the other three being 13, 14 and 19. A person’s Sun No or TKSPE No (see purple circle, top left of chart below) is one of the most important numbers in your Intelligent Mathematical Blueprint, the other numbers being the lifepath number (TKS-LPF: karmic 19//10//1 for Schwarzman), the shadow lifepath number (TSS-LFP: 17//8 for Schwarzman) and the personal number (Birth DD: 14th which translates into karmic 14//5 for  Schwarzman). Schwarzman’s 365 pin code human futurology numerical profile has three (16, 14 and 19) of the above four core numbers mentioned, being karmic ones. This reveals that where he has conducted his affairs in a way that creates positive karma, good things will flow his way, however, where he has conducted his affairs in a way that creates negative karma (especially lifepath No19 which states that as a leader you must not enrich yourself cynically at the expense of others!), when his karmic comeuppance arrives, it will be quite a devastating experience.

Only time will tell what Schwarzman’s final lifepath karmic experience result will be, and one can only hope for a positive outcome, especially given his tremendous philanthropic work and how much he has invested into fostering new global thought leadership through for example, the Future of Humanity Institute at Oxford University, led by Professor Niklas Boström. Don’t underestimate the levelling power of these final pinnacle karmic debts events, which by the way, happens for another American billionaire, Bill Gates, during 2029 and 2030 [access proof based case study here]. 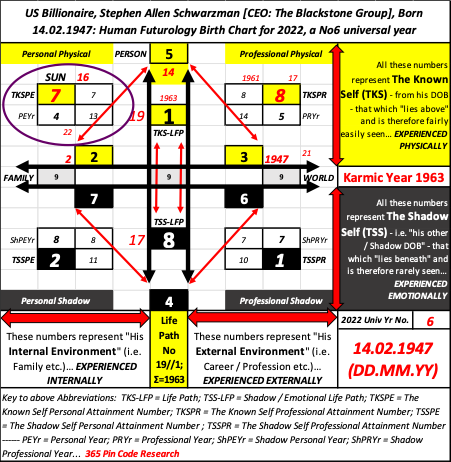 “I love picking people. I started Blackstone, and we had no people, and now we have with our portfolio companies about 750,000 people all over the world. Everybody who is at a senior level has ultimately been picked by me.” Stephen A. Schwarzman

Given how much he loves this, he would simply love the bespoke cosmic intelligence which the 365 Pin Code Report delivers on a person, past, present, and future.

The final piece of the Schwarzman 2022 puzzle

Table displaying the unique Annual Experience Numbers (AENs) that theme each year for US billionaire and Blackstone CEO, Stephen Schwarzman

2022 has the AEN for his full birth name, Stephen Allen Schwarzman, as being 16//7 which synchronises perfectly with his Sun or personal attainment number (16//7). Note that 16//7 was in play from 2016 to 2019, then in 2021 his AEN was 18//9 (his primary soul urge number) and note how 16//7 again repeats from 2022 through to 2025. What is concerning, is that in 2022, the combining sequence for Schwarzman, on a personal physical level, is 13//4 (karmic) and 16//7 (karmic). Our extensive research into number combinations reveals that when 4 and 7 collide, the result or outcome, is almost always a very negative one. Then, when we repeat the AEN lifepath modelling exercise for his call name, Steve Schwarzman, we see that 2022 has a concentrated (as in for one year only!) No9 presenting which signals dramatic endings. 2022 is going to be an extremely difficult and challenging year for him. 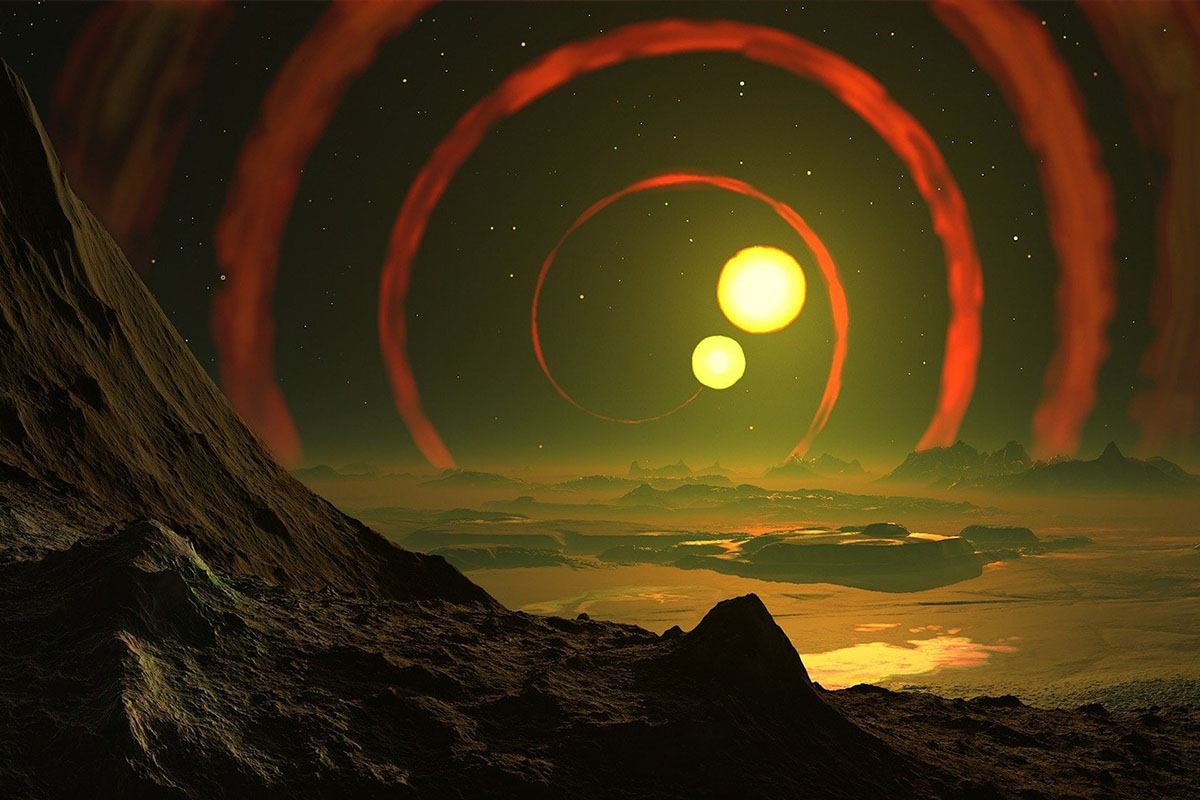 With your now having understood how accurately a person’s lifepath can be mapped, just think how this human futurology research information opens a whole new world of strategic futurist coaching, one where the coaching material is carefully and uniquely crafted such that it aligns with the future mathematical design (risk and opportunity wise) of the given individual.

“Most futurists specialise in predicting future possibilities around technology. We however specialise in predicting future possibilities around people! Our in-depth research and predictive human futurology coaching model have revealed that it is possible to create a highly informed line of sight into your future. This powers a quantum leap forward in terms of personal and professional strategic thinking and planning.” Chris and Suzanne Styles, Strategic Human Futurists 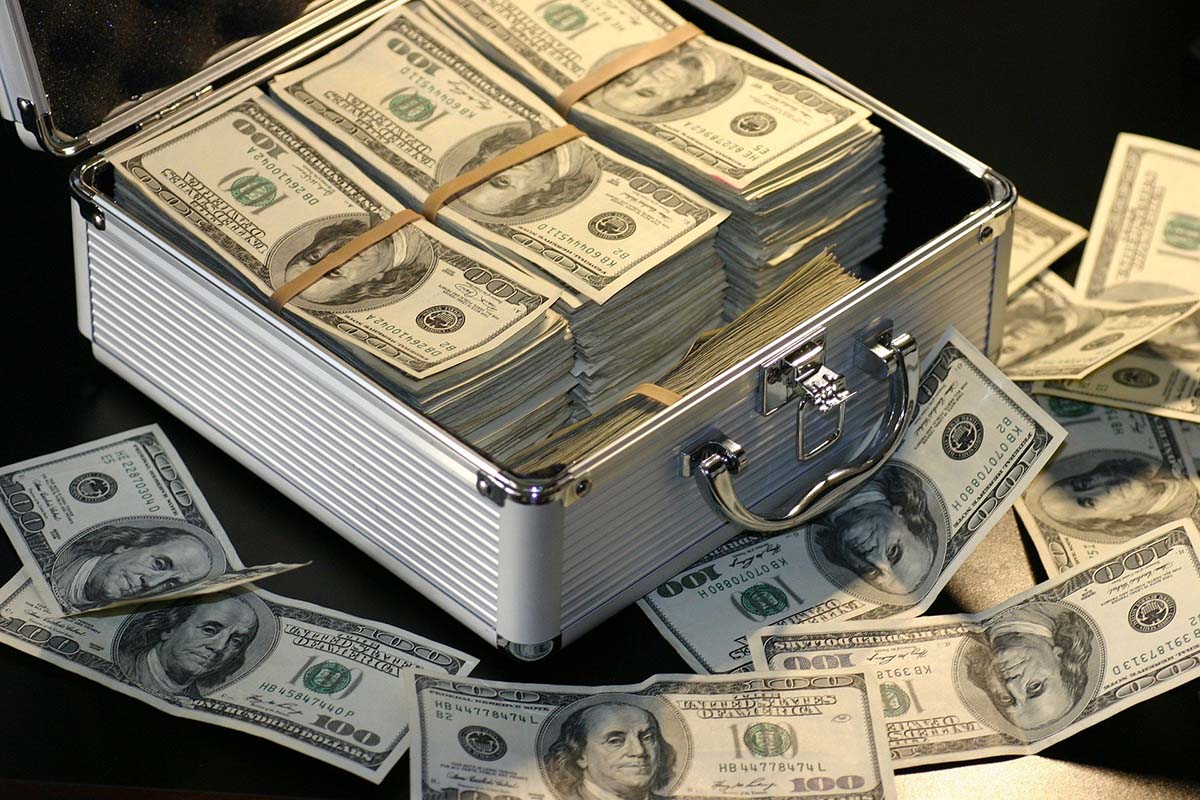 If you are ready to OPTIMISE your future.