Human Futurology Research – believe it or not, here is the 4D life path map (personal physical, personal emotional, professional physical, professional emotional) of Professor Niklas Boström. These lines of annual experiential code are bulls-eye accurate and form the core of the analytical work we are conducting into better understanding (and predicting!) the future, at individual human level.

“Far from being the smartest possible biological species, we are probably better thought of as the stupidest possible biological species capable of starting a technological civilization – a niche we filled because we got there first, not because we are in any sense optimally adapted to it.” Nick Bostrom, Superintelligence: Paths, Dangers, Strategies

Born on the 10th of March 1973 (life path number sequence 1986//24//6) Niklas Boström (Nick Bostrom) is a Swedish-born philosopher and polymath with a background in theoretical physics, computational neuroscience, logic, and artificial intelligence, as well as philosophy. He is a Professor at Oxford University, where he leads the Future of Humanity Institute as its founding director. (The FHI is a multidisciplinary university research centre; it is also home to the Centre for the Governance of Artificial Intelligence and to teams working on AI safety, biosecurity, macrostrategy, and various other technology or foundational questions.) He is the author of some 200 publications, including Anthropic Bias (2002), Global Catastrophic Risks (2008), Human Enhancement (2009), and Superintelligence: Paths, Dangers, Strategies (2014), a New York Times bestseller which helped spark a global conversation about artificial intelligence. Bostrom’s widely influential work, which traverses philosophy, science, ethics, and technology, has illuminated the links between our present actions and long-term global outcomes, thereby casting a new light on the human condition. He is recipient of a Eugene R. Gannon Award, and has been listed on Foreign Policy’s Top 100 Global Thinkers list twice. He was included on Prospect’s World Thinkers list, the youngest person in the top 15.

“Far from being the smartest possible biological species, we are probably better thought of as the stupidest possible biological species capable of starting a technological civilization—a niche we filled because we got there first, not because we are in any sense optimally adapted to it.” Nick Bostrom, Superintelligence: Paths, Dangers, Strategies 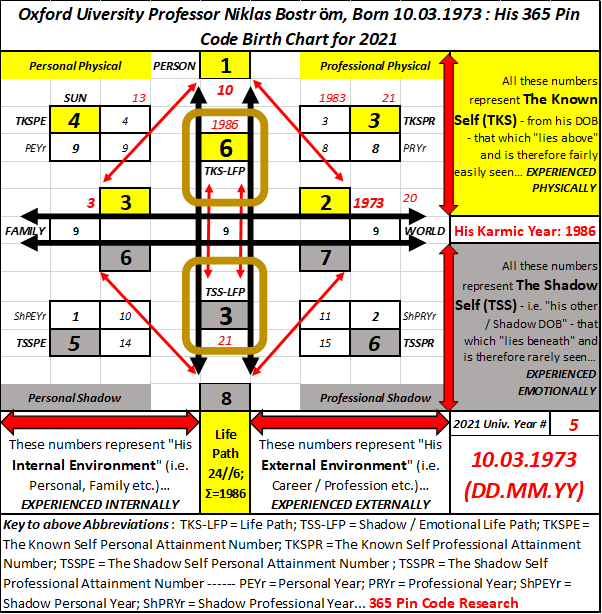 The life path map of Niklas Boström reveals life path number sequence 1986//24//6 – this indicates that 2022 (a No6 universal year) will be a massively significant year for him, as would have been 2013, 2004, 1995, 1986. The detailed life path map (see below) confirms this with 2022’s line of experiential coding listing, dramatically, 1s, 9s, 11 and 3 all of which indicate new beginnings, dramatic endings, shadow (as in emotional) life path significance (21//3 – octave 12//3), professional attainment significance (21//3 – octave 12//3). During 2021 (a year of No5 related karmic significance for him) and 2022 he is transitioning between 3rd and 4th pinnacle experiences. Such transitions are usually defined by much chaos (endings, beginnings etc.) all of which is perfectly in order as per his Intelligent Mathematical Blueprint [IMB] because nothing new (as in creative origination) can emerge until the required space for this has been generated (through necessary endings). 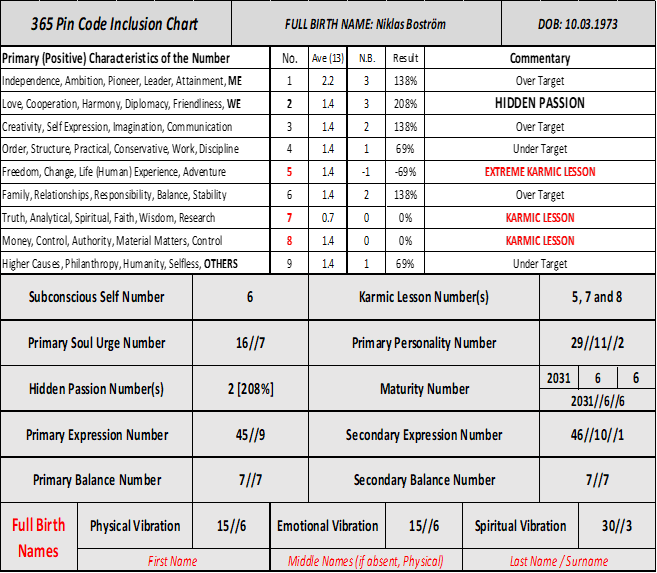 In terms of the life path map of Niklas Boström, 2021 is a No5 universal year, therefore it synchronises perfectly with his No5 Extreme Karmic Lesson – no doubt this year will be tremendously challenging for him around dealing with change and matters pertaining to personal freedom and personal emotional attainment. Interesting that his Balance Number is No7 talks to the importance of logic, research, analytics, critical thinking, cosmic consciousness and searching for truth, in his maintaining a positive sense of balance. Primary personality 29//11//2 brings master number 11 into frame, the one with intuitively brings illumination, enlightenment and teaching into his world and works. 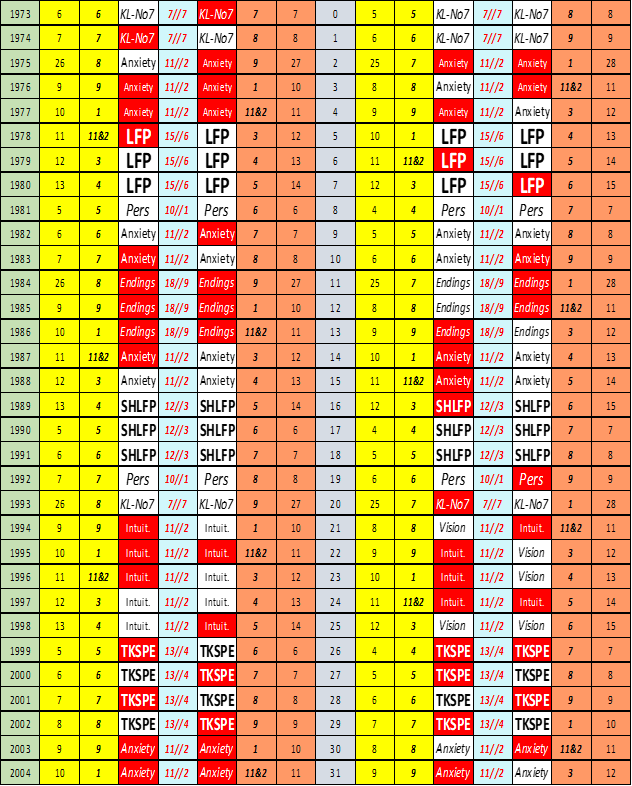 “Think of a “discovery” as an act that moves the arrival of information from a later point in time to an earlier time. The discovery’s value does not equal the value of the information discovered but rather the value of having the information available earlier than it otherwise would have been. A scientist or a mathematician may show great skill by being the first to find a solution that has eluded many others; yet if the problem would soon have been solved anyway, then the work probably has not much benefited the world [unless having a solution even slightly sooner is immensely valuable or enables further important and urgent work].” Nick Bostrom, Superintelligence: Paths, Dangers, Strategies 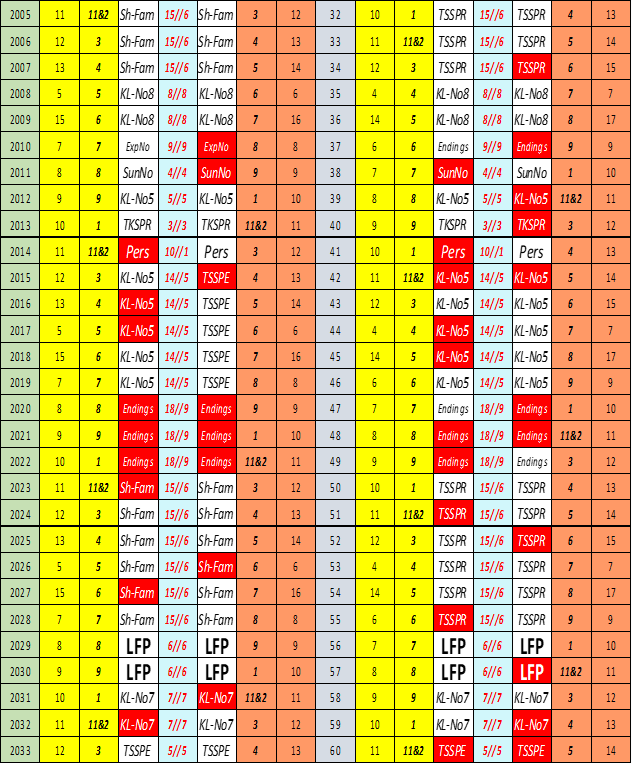 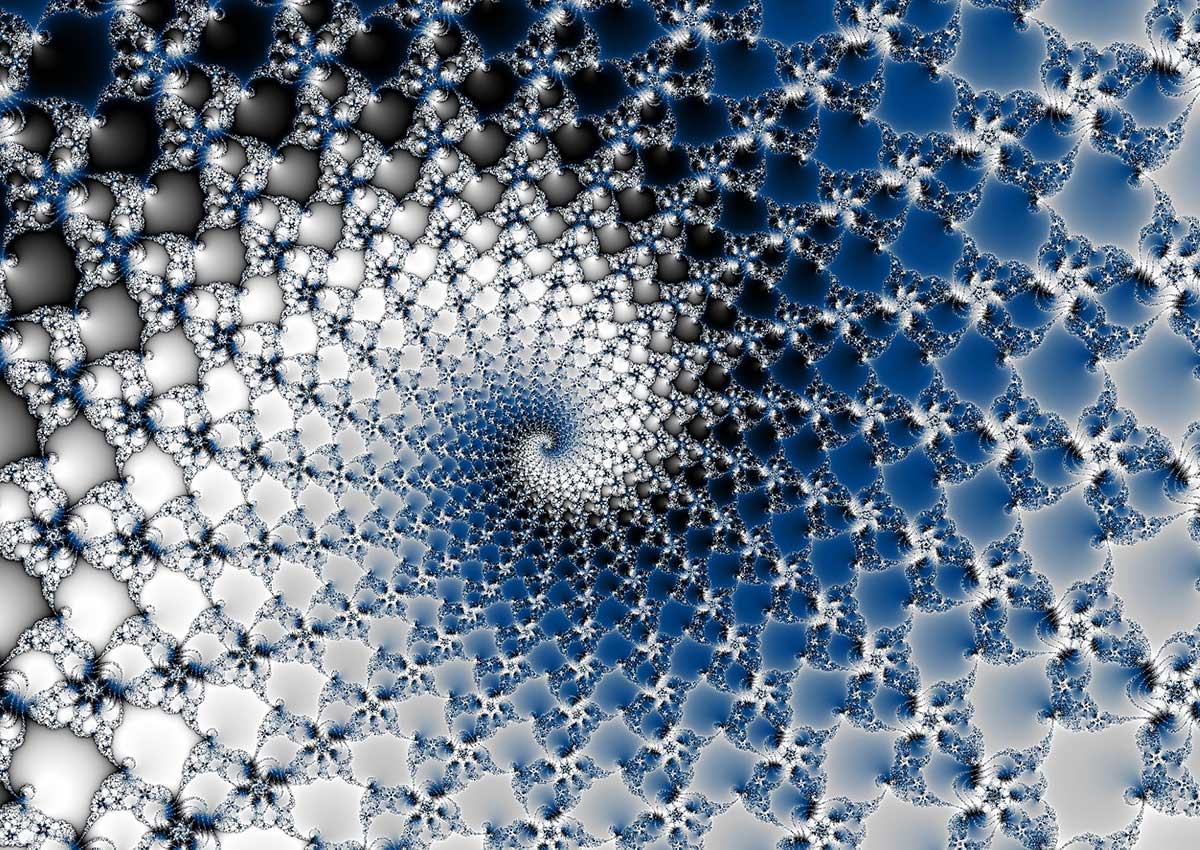 Image by imagii from Pixabay

The Applied Science and Art of Futurist Predictions