What does the future have in store for CEO Peter Steenkamp and the Future of Harmony Gold?

Given the shocking politically fuelled civil unrest, couldn’t care less ANC leadership and unfathomable socio-economic chaos that is sweeping through South Africa right now, this CEO Futurology and Harmony Gold Shares analysis, seeks to understand whether holding on to HAR shares is a sensible short to medium term strategy or not. Let us begin by saying that we have published a number of articles all of which have sent grave warnings to the people of South Africa that the country as a whole, which still remains in a State of Emergency and therefore very much under the control of Nkosazana Dlamini-Zuma and the NCC, is about to enter what will probably be the darkest period of its very troubled history.

Back in 2019 we carefully analysed the Intelligent (unique) Mathematical Blueprints [IMBs] of the captains and head coaches of the rugby powerhouse nations that were contesting the Rugby World Cup in Japan. After extensive human futurist modelling exercises conducted even before the tournament had begun, the 2019 blueprint of Springbok coach, Johan (Rassie) Erasmus, stood head and shoulders about that of anyone else. Given this, well before the knock-out games even commenced, we published the shocking predictions that New Zealand (All Blacks) would not make the final, that Australia would have a nightmare tournament, that South Africa and England would contest the final and that the Springboks would win. This is exactly what happened. This detailed sports numerology futurist research case study revealed that fascinating team performance insights can be gleaned by modelling and analysing what the numbers of the key leaders have to say.

Peter Steenkamp was appointed chief executive officer and executive director on 1 January 2016. He has some 38 years’ experience in the mining industry, including his last position as Senior Vice President: Mining of Sasol Mining Proprietary Limited, and executive positions at Harmony, from 2003 to 2007, and at African Rainbow Minerals (ARM) and Pamodzi Gold. He is a member and past president of the Association of Mine Managers of South Africa, and a member of the Southern African Institute of Mining and Metallurgy and the South African Colliery Managers’ Association. 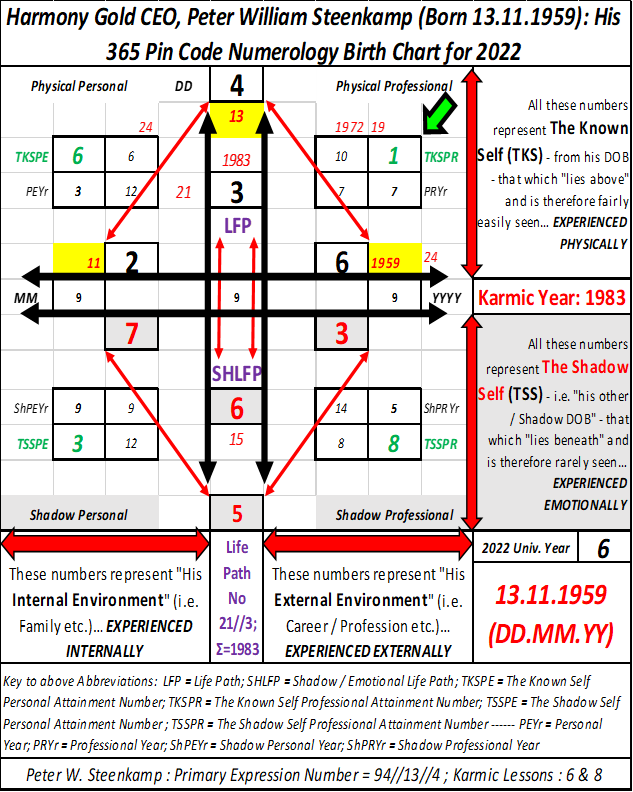 Peter Steenkamp has a No3 life path

He has a 15//6 shadow life path number (see SHLFP above) which again brings powerful emotional experiences around family, relationships, responsibility, loyalty, gratitude, matters of the heart etc. into frame. His career or world number is also the No6 (1959//24//6) however a different octave of the No6 plays out here, this being 24, which is Numerology Number 4 (order, structure, focus, no shortcuts, planning, process and procedure, work etc) expressing itself with and through Numerology Number 2 (diplomacy, nurturing, teamwork, cooperation, collaboration, equilibrium etc). It is imperative to note that his Personal (SUN) Attainment Number (see TKSPE top left) is also 24//6. His Professional Attainment Number (see TKSPR top right) is 1972//19//10//1, which sees another karmic number making its appearance within his IMB. Karmic debt number 19 is all about leadership, innovation, authenticity and learning to cope with the extreme self-belief challenges that go hand in hand with being an original creator. 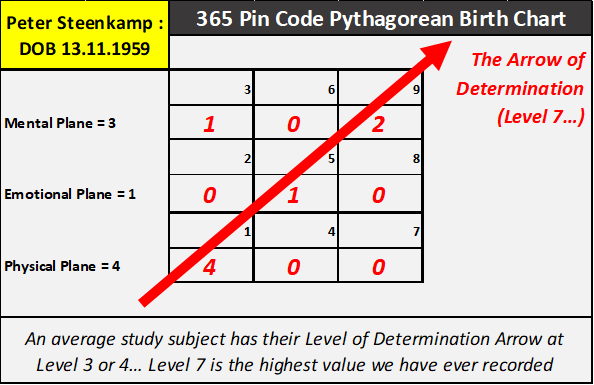 The Arrow of Determination (present in the DOB are numbers 1, 5 and 9). The Arrow of determination is a ‘’go getter’’. These are ambitious, persistent, patient people most of whom prefer to function within the realm of rigid rules. They have a tunnel vision focus when it comes to their goals. People, especially those who have this arrow within their 365 Pin Code Numerology Blueprint at a level that exceeds Level 4 (e.g. 2×1, 1×5, 1×9 or 1×1, 1×5, 2×9 etc), must learn to listen to different opinions and become more flexible and adaptable if they are to create more success and harmony in their lives. This CEO Futurology and Harmony Gold Shares case study on Peter Steenkamp reveals that his Arrow of Determination functions at Level 7, which is the highest AoD level we have ever recorded and we have plotted thousands of charts over the years. The only other person having an AoD functioning at Level 7, is Kris Jenner born 5th of November 1955 (3×1, 3×5, 1×9 = 3+3+1 = 7). 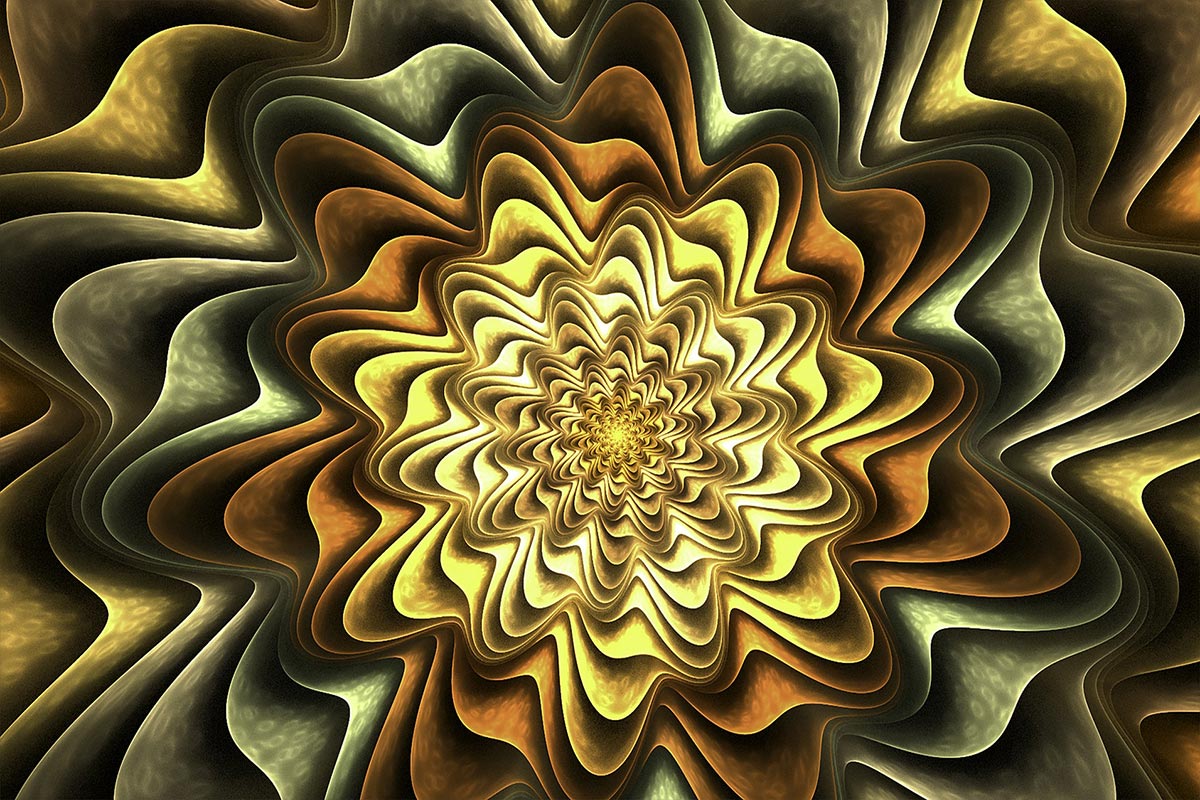 Before we get into the real nitty gritty of this CEO Futurology and Harmony Gold Shares case study on Peter Steenkamp and what you might need to be contemplating with regards to your HAR shares, let’s understand a little more about the man at the helm of this mining operation through analysing his full birth name whose numbers, once unpacked, give much more richness to the numerical cocktail that we started to unlock in the above DoB driven exercise.

CEO Futurology and Harmony Gold Shares – what does the short to medium future hold?

To answer this question we have to take all the data points listed above for Harmony CEO Peter William Steenkamp, and many more, feed them into the predictive model that we used back in 2019 when we said the Boks would win RWC 2019 in Japan and then analyse what his bespoke lines of code reveal for the period 2021 (the 5th year of this 9 year universal cycle we are all part of) through to 2025 (the 9th and final year of this universal cycle of 9, which began back in 2017).

As we interrogate (from Birth to Age 90) the Annual Experience Numbers (AENs) which our model generated for Peter Steenkamp, AENs being numbers that define the “dominant theme” of each year of his life path, the data sequence patterns reveal this:

Modelling his life path also reveals years during which the year’s AEN presented in concentrated format (as in for 1 year only). Therefore, these would have been (as in his past) and will still be (as in his future) tremendously significant years for him as he journeys through his life. These years are: 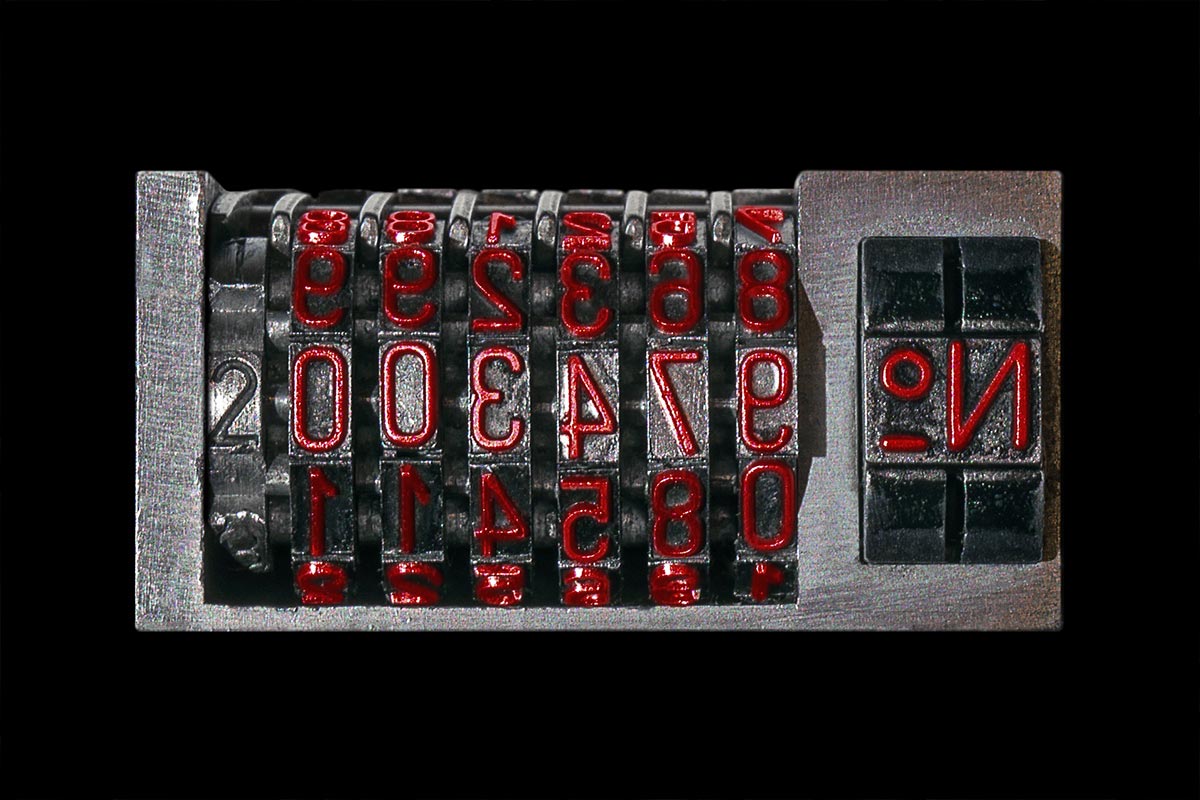 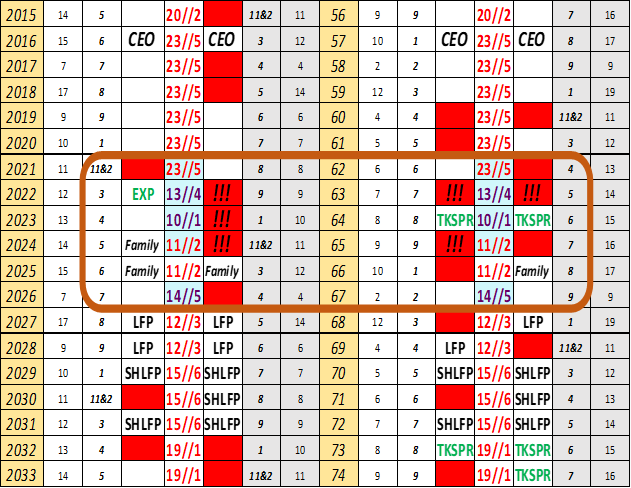 The above life path modelled data set for Peter Steenkamp reveals a very favourable couple of years (powered by AEN numerology sequence 23//5) from 2016 (the year he became CEO of Harmony Gold) through to 2021. These golden years however come to a very unpleasant and abrupt end in 2022, when karmic 13//4 strikes in concentrated format. The 13//4 AEN synchs with sequences 12//3 which is an octave of his life path No3, indicates the end (9//9) of this personal emotional cycle for him, brings the extremely negative and challenging 7//7&13//4 combination into play professionally (!!!) and sees him having to deal with much professional change, presenting in ways which undoubtedly have negative emotional professional consequences (14//5).

Our extensive numerology case study research has centred around building and analysing what by now must literally be thousands of applied numerology charts. Concentrated karmic 13//4 when presenting, reveals a very high probability (as in around p=0,9) that 2022 will have him experiencing tremendous frustration, feeling that he cannot “just get on with things” because external circumstances are such that they are restricting, containing, limiting, constraining, and restraining him. Given that his Birth DD is the 13th, whatever happens next year will be taken very personally by him. To us, as Human Futurists, Peter Steenkamp’s numbers for 2022 are ringing alarm bells around HARMONY (and in turn, the bigger picture, South Africa).

The AEN powering or driving his life path during 2023 is 10//1. As per Chart 1, his Professional Attainment Number sequence (TKPR 1972//19//10//1) carries the No10 octave within it, therefore everything about Peter Steenkamp’s 2023 points to this aspect of his Intelligent Mathematical Blueprint [IMB].

The 13//4 that drove his 2022, remains as the sequence driving the personal physical element of his 2023 and also reveals that 2023 is the 4th (back to earth) year of his personal cycle of 9. The 10//1 and 1//10 that are linked with a red block (!!!) indicate not only the start of a new personal emotional cycle of 9, but also a dramatic new beginning. Again, our vast research has revealed that when dualities (by this we mean the same number pairing or sequences align; 10//1 and 1//10) happen the person invariably experiences the negative traits of the number and not the positive ones. The negative, or dark side, of Numerology Number 1, is usually linked with a loss of independence, a reduction in the ability to lead freely and much stifling of original creation. 2023 has Peter Steenkamp in the 8th year of his professional cycle of 9, and as mentioned earlier, No8 is one of his two karmic lessons. The final sequence in his 2023 unique line of experiential code is 15//6 which synchs with shadow life path and other karmic lesson, being No6. 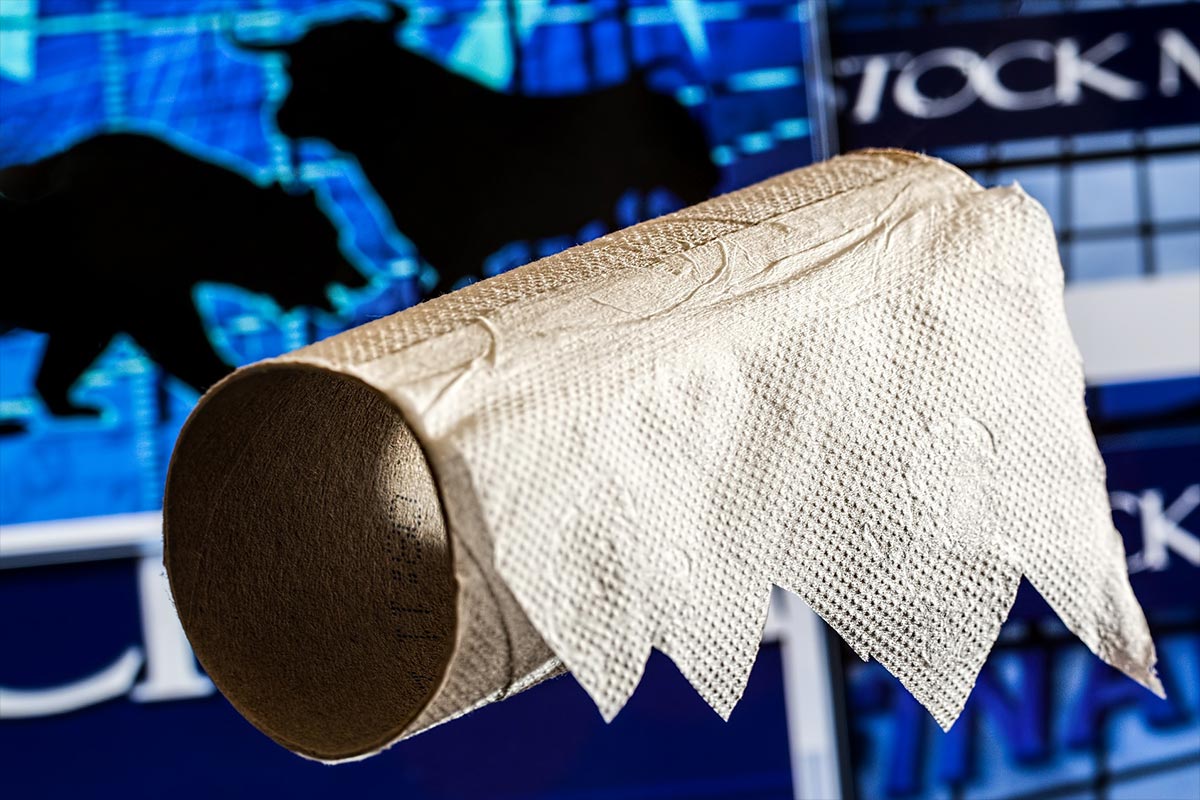 To sell or not to sell your HAR shares?

Let’s wrap up this CEO Futurology and Harmony Gold Shares numerology case study. Put all the above numbers and sequences together and our futurist interpretation is that 2022 and 2023 are going to be particularly troublesome (probably awful) years for Harmony CEO, Peter Steenkamp. This should be causing all HAR shareholders to give careful thought as to whether they should offload their shares asap before a possible dramatic collapse happens which is a direct result of South Africa and its economy having been cynically driven into the ground by the unscrupulously corrupt ANC government. Should what we have suggested above indeed happen, then timeline wise, your HAR shares will have your investment portfolio bleeding badly by Q3 2022. 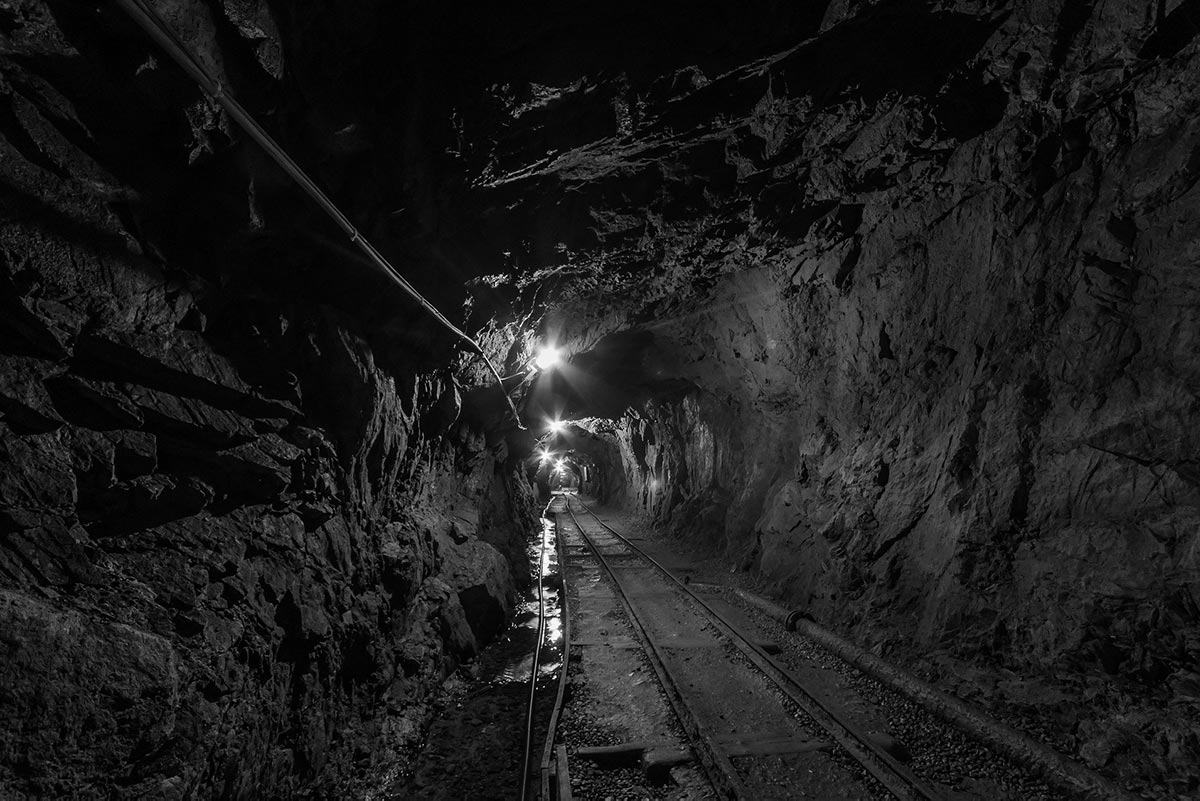 Image by Dariusz Sankowski from Pixabay

Image by Barbara A Lane from Pixabay

Image by Jarkko Mänty from Pixabay

Image by Steve Buissinne from Pixabay

If you are ready to OPTIMISE your future.